Since I haven’t uploaded blog posts in a little while, I figured that I should start 2020 with 2 travel guides and a year in review, just like I did last year. I have just returned home from Istanbul and because everything is still fresh in my mind, I’ve decided to tell you about it first.

The “Travel Guide” concept is a new format which I’ve considered attempting for some time, but never actually did. It’s rather different from the journal-like style you are probably used to seeing on my blog, as it’s supposed to deliver the same information in a more structured and straightforward manner.

There are plenty of hotels to choose from in Istanbul, though I highly recommend staying in the European part. Some might like to stay in the historical centre, being within walking distance from all the major sites, but there are two big downsides to that area:

My pick? Swissotel at The Bosphorus. It’s a five star, newly refurbished hotel right near Nisantasi. Both the modern rooms and the grand lobby overlook the Bosphorus straight and, overall, the hotel is high value for money. 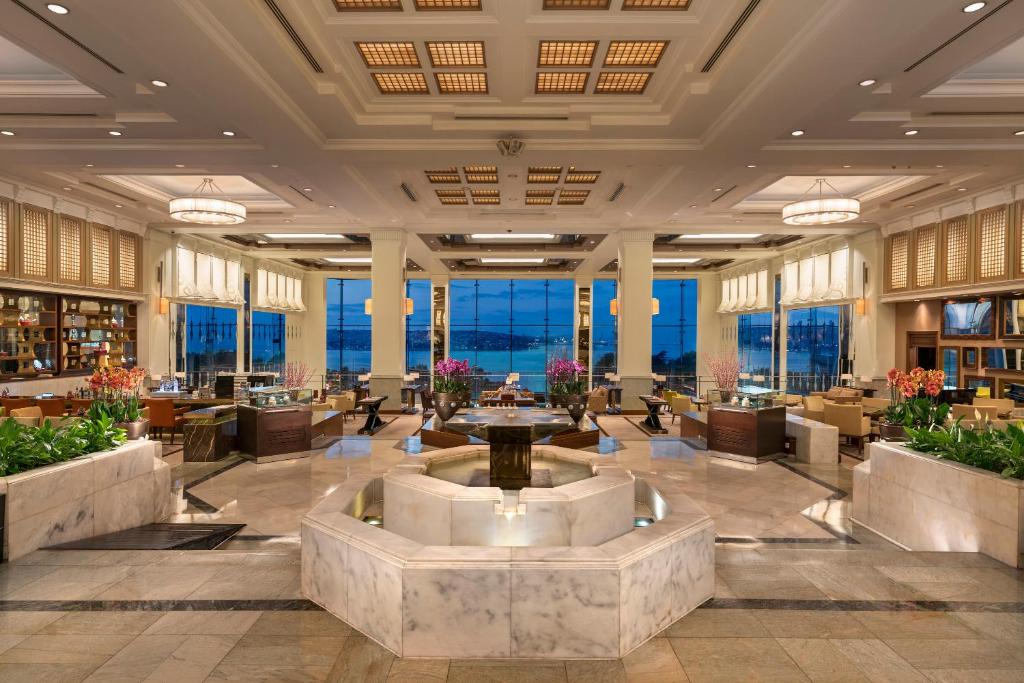 This is the number 1 tourist attraction in Istanbul; whether it’s sunny, pouring rain, summer or winter, thousands of tourists from all around the world visit the palace every day. In any setting, crowds are guaranteed to take away from your experience. Therefore, the best way to visit is by booking a guided tour which starts at 9am (when the palace opens its gates). That’s exactly what we did. The tour lasted 3 hours and a bit, so be prepared to walk and be on your feet for a long time. By the time we were almost finished, the lines were 100m long and every single room, including the gardens, were crammed with people.

Find the link to the tour we chose here.

This is a perfect activity for when an unpredicted shower starts (exactly our situation). Get lost in the Bazaar, but try to not buy anything right away. Prices are almost twice higher here than anywhere in Istanbul, so be prepared to bargain and negotiate for everything before spending your money. A local told us not to buy food from there, as some are stored in unsanitary conditions. If you still want to eat, go to the Nusr-Et Steakhouse right to the entrance, it’s much bigger and busier than other locations, but it’s worth it.

Find the link to the tour we chose here. We had the friendliest and most entertaining guide, Mehmet!

Located in the Besiktas district, right on the Bosphorus bank, Dolmabahce is a sight not to be missed. In the late 17thcentury, the once unmatchable Topkapi began paling in beauty and importance in comparison with the modern and luxurious palaces that where being built in France. In the 19thcentury, fueled by the desire to keep up with the rest of Europe, Sultan Abdulmecid I ordered the construction of a palace with French influences. Upon completion, Dolmabahce replaced Topkapi as the administrative centre of the Ottoman Empire.

Make sure to book skip the line tickets in advance here!

The now Kempinski Hotel, Ciragan is an architectural masterpiece of the Ottoman Empire.

You can choose from the many restaurants and lounges to have lunch or dinner while enjoying the spectacular Bosphorus views.

(aka the best baklavas I’ve had in my life – seriously)

Of all destinations where NYE could be celebrated, Istanbul seems to be an unusual choice. Despite the unpredictable weather, this time of year is particularly favourable for sightseeing, as there are far less tourists.
You can choose to spend New Years either in a restaurant, such as 29 or Sunset, or at a hotel. For a memorable night, the best choices are the ones that offer a view of the Bosphorus Fireworks. Hence why our pick this year was Four Seasons at The Bosphorus.

Where to eat in Istanbul?

Here are some fine-dining restaurants I highly recommend you try:

PS: Make sure that you indulge in traditional turkish food too, just beware of tourist traps.